Support
Random Novel
Bringing The Farm To Live In Ano 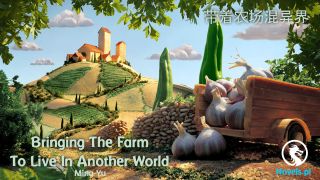 Chapter 669 Mow Down The Dead

We press forward. Though we continue to move forward with the soldiers in tow. As our other comrades fight off the soldiers, we players on the other hand combat the other players that are blocking our way to the church.

Since the majority of the Pioneers are allied with the anti-rebels, the problem is much bigger and more troublesome than it should have been.

Based on the people we faced so far, the number of players that have died remained to be plenty. What is worse, the Cathedral- or should I say the church is our main destination. Once we kill a player, they will respawn inside the church for a matter of minutes and will return to combat once they are back to a fit. And if we make it to the church, there is a big possibility that the players we have slain previously will be waiting for us at the entrance of the road and perhaps, even inside the church itself.

This is why blazing through all the enemies and killing them as fast as we can is the only better choice we can do here. Since respawn, times are gonna vary and it takes a few minutes before they reappear again, it's better to keep on moving.

"Move! Move! We are at the advantage! Keep it up and we can do this!"

Every one of us is not even resting as we continue moving forward, which of course is not possible with all the enemies on every side. Thanks to Sigma and my help, we continue to have healthy combatants, and although we still have plenty of injured people, we easily healed them by either splash potions or by just outright healing them.

We prioritize saving everyone rather than letting anyone die or be left behind. We went through this together, we will overcome this together as well.

As we continue to move forward and as we get near the entrance of the church itself, the tighter the security of the place is. The players as well are all organized. Just like in the past timeline.

A few more flying angels accompanied by a few players started to snipe us from above.

"Leave these guys to me!"

Leoran changed his weapon to a crossbow that I made for him. Unlike the normal crossbow which takes longer time to reload than a regular bow, the crossbow I made for him is a modified version, one that is made to keep its reliability as a weapon that fires similarly and easily like a gun while reducing the reload time needed to put more arrows to fire.

Leoran fired one crossbow bolt, immediately killing one of the flying NPCs that is wearing armor. Not only did the bolt pierce through his armor but it also killed him immediately.

The player who is currently encouraging the others to remain calm has his encouragement cut too short when another crossbow bolt flies through and pierces his head and killing him immediately. The others were shocked as they didn't expect another bolt to fly by.

Then, another flies again and kills one of them which now sent the remaining alive soldiers into a panic. Who wouldn't panic if the slow crossbow that takes a little while before it fires a bolt suddenly fires a bolt after one bolt was released?

Leoran grinned seeing how the crossbow is working so well to his benefit.

With the flying enemies easily dealt with, the other reinforcements decided to think twice about fighting them in the air.

Now that the entrance of the church is now in view, the barricades that are blocking as are now different. Aside from the dark aura that the barricade is giving, the guards are no longer players and normal soldiers, but Armored Skeleton Knights. Although they are not as big as the evolved version of my Skeleton Knight, they are still quite big and I don't think any of the NPC fighters except for Alain is going to be able to defeat any of them.

"Master, how about you summon me? It's been a while since I have been out and we just kept ourselves quiet while you are enjoying the fights. How about you help me swing my blade around?" Atlas who remained quiet for many weeks started to speak again although I didn't restrict them from speaking, they just refrained from doing so.

"I wanted to at least bring you all out once we reach the church and find the pope but I guess it shouldn't hurt to bring you out at least. And it should be a good way to sharpen your blade and stop your fighting style from getting stale."

With a snap in my fingers, Atlas came out and he pulled out his sword with a deathly glow on it.

"Hehe, it's been a while since I have gone out and I think, this will be a worthwhile warm-up battle before we face the big bad!"

Atlas then stares at the skeletons before him.

"Heh, these are weaker than the skeletons you raise, Master but whatever. I am not complaining for a simple whetstone."

He then started slashing and breaking the armored skeletons in a single slash. Alain and the others who have not witnessed the might of Atlas were stunned by how he easily destroyed the skeletons singlehandedly.

"W-who is that?" Alain was shocked to see Atlas.

"Haha, sorry for the surprise. That guy there is one of my partners and my Companions. Don't worry about it too much and just carry on with the fight."

I also noticed in the peripheral view of my eyes the awe forming in the eyes of the misfits while I saw fear coming from the enemies and even the angels who were fighting us earlier are all hesitant to come forward and fight.

"SO WEAK! SO WEAK! COME ON! Bring it on! Are these skeletons all you got?! What a weakling necromancer you guys have!"

Hearing that, the skeletons started howling and more skeletons rise up from the ground. I can tell the necromancer who summoned them are all pissed hearing his taunt which was very effective at pissing the guy so bad he decided to go all out…

Atlas who was fine at dealing with these many threats though is a different thing. This amount of undead in front of him is barely anything to him. It does not spell a threat to him but just a minor nuisance. Still, for a guy who likes to fight, what's more, better than fighting against monsters as much as he can?