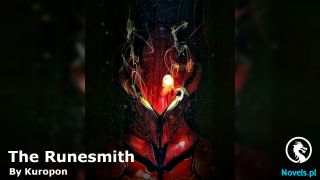 Xu Tui's mental hammer landed heavily on the strange rock that he could sense with his mental perception. The moment it landed, the rock suddenly moved and stood upright. It became a person. Judging from his appearance, he was not Shamera. However, the aura in his mental perception was Shamera's aura.

Old Sha acted as if nothing had happened after being hit by the mental hammer. Xu Tui's gaze shifted. Shamera was a quasi-planetary realm powerhouse. And he was an existence with extraordinary strength that could resist a Planetary realm cultivator.

Xu Tui's mental hammer had no effect on Shamera. With him as a reference, Xu Tui could basically conclude that his mental hammer could affect Genetic Transmutation Realm experts, but it could not affect quasi-planetary-level experts.

Shamera, who had stood up, looked in the direction of the mental hammer. He suddenly gave Xu Tui a thumbs-up.

“Old Sha, you were here long ago!” Xu Tui had a furious expression. “Aren't you too disloyal? You just watched as I was surrounded by two Genetic Transmutation Realm experts. Do you know that I almost died just now? Almost!” Xu Tui roared angrily.

Old Sha, who was wearing a gray disguise, shrugged casually. “Have you heard of a saying? Humans will never know how strong they are unless they force themselves! A man's gun had to be honed more before you knew how long you could last in a battle! I just calculated it for you.

“You lasted one minute and 18 seconds against two Extreme Branch Genetic Transmuters. Double kill! Impressive! Awesome!” Shamera gave Xu Tui a thumbs-up. After he finished speaking, he added, “To be honest, I've seen people who can kill enemies above their level in my life, but I've never seen someone like you. A Genetic Mutator can kill two Genetic Transmuters!”

Xu Tui was unmoved by Shamera's praise. He stared coldly at Shamera. Shamera had clearly come. He must have come before Rick and Jeremiah arrived. But he did not attack. Instead, he stood there as Xu Tui was fighting for his life. How could Xu Tui not be angry?

Seeing Xu Tui's expression, Shamera continued to praise him. “To be honest, the timing of you calling ‘Miss An” was too good. It was completely in line with the Huaxia Art of War. You should have taken this opportunity to use the hammer and kill Jeremiah first. Otherwise, you might not be able to make it today.”

Xu Tui silently turned his body to the side. “I saved a dog underwater last year.”

“This… Actually, the main reason is that when I arrived, I discovered two Genetic Transmutors opposite you. I'm guessing, did you sell me out? I just wanted to observe,” Shamera explained like a deflated balloon.

“What about now? Do you think that I've already sold you?” Xu Tui glared.

“No. I understood when you started fighting. If you really want to sell me out, a Genetic Transmutor would have to appear after me. Moreover, there are only two Genetic Transmuters. It's not enough,” Shamera explained.

Actually, Xu Tui's anger had mostly subsided at this moment. It would only be for a moment where he felt very unhappy.

Old Sha had clearly come, but he did not take action. What a scammer! Not only was this fellow a traitor, but he was also a scammer!

However, Xu Tui calmed down after shouting. Shamera had no obligation to save him. They had already cleared the debt of saving his life last year. Currently, Xu Tui purely wanted to know Shamera's thoughts and make some judgments.

“If you understand, why did you not take action?” Xu Tui asked.

“I just wanted to see how strong you are. Of course, I am always prepared to save you. However, you didn't give me the chance.” Shamera shrugged.

Xu Tui stared at Shamera. Then, he took out a password box from his back and threw it to Shamera. “Your things.”

“There's no need to thank me. This is the deal between Koopman and me. We're even.” Xu Tui took the initiative to draw the line.

Shamera raised his eyebrows. He looked at Xu Tui and smiled.

“Hurry up and leave. Don't disgust me. I've already sent a location signal. The transport plane that is coming to pick me up will arrive in four minutes,” Xu Tui said.

Seeing how confident Shamera was, Xu Tui did not chase him away. Instead, he searched the corpses of the two Genetic Transmutors, Rick and Jeremiah. Other than a few bottles of potions, he did not gain much.

“According to the comparison of the data, we did not find any data related to the faces of Rick and Jeremiah.” Ah Huang's voice rang in Xu Tui's ears.

This stunned Xu Tui. He suddenly stepped forward and searched the faces of Rick and Jeremiah. Soon, he removed the bionic masks and two completely different faces appeared. One of them had a face that looked like it belonged to the European Sector or the American Sector. The other was the face of the India Sector.

“I've never seen the other one, but I've seen this one from the India Sector.”

“What is his identity?”

“His name should be Silus. I saw him at a banquet in the extra-terrestrial. He was with Kitawan at the time, as a student,” Shamera said.

“The people from the India Sector want to kill me? Take revenge on me?”

This was a preliminary judgment. That was because Xu Tui did not have any grudge against Kitawan and the four Planetary realm powerhouses from the India Sector, Itavi. He did not even recognize them. There were no personal grudges.

Of course, the final answer would have to wait for Xu Tui to find out the identity of the other person. This could only be considered a preliminary judgment. It was also at this moment that Shamera looked at the time. The transport plane that had come to pick Xu Tui up was about to arrive. He had to leave.

However, before he left, Shamera pointed at the two corpses on the ground and asked, “What are you going to do with the corpses? Do you want me to help you deal with them? Or do you plan to report this matter to the Blue Star Genetic Committee?”

Xu Tui could tell that Shamera had not finished his sentence. He wanted to say something. “What do you think?”

“The status of a Genetic Transmutor is not low to begin with. If the person who instigated them is a Planetary Realm expert, Itavi, or the India Sector, there would be no benefits for you if you reported this matter to the Blue Star Genetic Committee, other than exposing your true combat strength and attracting stronger enemies. It might even get you into trouble,” Shamera said.

“So what if there's solid evidence that the India Sector is dealing with you? Under the current situation, it's impossible for any two major alliances to start a war,” Shamera continued.

“Old Sha, what you mean is that I'll deal with it and slowly…”

“The unknown is the scariest! I think that letting the mastermind who wanted to deal with you be in a state of confusion would be the best. He would rack his brains to find the answer. Destroy the corpses and all the clues. You acted as if nothing had happened and let them imagine countless possibilities. That would be fun,” Shamera said.

It had to be said that Shamera's ability to play with people's hearts was superb. His actions instantly conquered Xu Tui.

He had to cause trouble for the enemy! Perhaps the other party thought that there was an expert in the Huaxia Sector? Perhaps they would think that Mr. Shang of the Genetic Miracle had come back, and would panic.

“Are you going to deal with the corpses?” Xu Tui immediately made a decision. He did not have much time.

“Does destroying corpses together count as brotherhood of Huaxia?” As he spoke, Shamera gestured. Almost instantly, the corpses of the two Genetic Transmutors quickly shriveled. With a wave of blue light, the two corpses seemed to have been weathered. They quickly disintegrated and were blasted in all directions by the blue light.

There were only seven Origin Crystals of different colors left. Two of which were transparent mind power Origin Crystals. They were all very small. Probably not more than 0.5 grams each. However, it was also very precious in the current situation.

This was the first time Xu Tui had personally witnessed the process of a Genetic Transmutator condensing an Origin Crystal after they died. It was strange and fast.

“Alright, see you again. I have to go. Ask your teacher about this condensation method. There are different condensation methods according to the cultivation direction.” Shamera had already disappeared when he said the last word.

He did not leave, he disappeared! He just disappeared from Xu Tui's mental perception.

Xu Tui was stunned. It directly rendered his mental perception ineffective. Was this the strength of a quasi-planetary-level powerhouse? Or could it be that Old Sha was better at this?