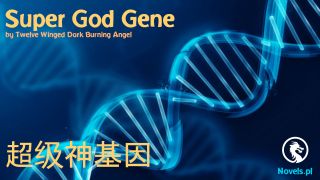 “Likes meetings…” Shang Jianyao’s expression twisted slightly as if he had recalled some unpleasant memories.

The corresponding door was pitch-black as if the long night had arrived.

Du Heng pointed again and said, “Arbiter of Fate. Your Big Boss, the administrator of the Eighth Institute, Zhao Danlin.

“She has three degrees across two countries and is proficient in many languages. She’s domineering and shrewd, and she’s capable and efficient. She orderly managed the Eighth Institute, allowing me to be a hands-off manager and focus on scientific research.

“She was originally a very loving person who loved books and movies. She had bearing and substance, but after she became a Kalendaria, she gradually became what she is now. It was really unpredictable.

“The price she paid is drowsiness. She sleeps most of the time and doesn’t stay awake for more than a month a year.”

Although the Ashlands essentially only spoke two languages—Ashlandic and the Red River language—they also had all kinds of dialects and variants, resulting in someone being multilingual.

“So Big Boss sleeps all the time. No wonder she ignores her believers and doesn’t care about the company.” Shang Jianyao came to a realization.

He listened with relish.

Du Heng turned his body slightly and looked to the other side.

In the corresponding room, the honest Shang Jianyao was asking the autistic youth, Du Shaochong, if he had a crush on any girl. The scene was very awkward.

The door there distorted, letting in rays of sunlight.

“Double Sun. Security Supervisor, Brian Stanley,” Du Heng said as he recalled. “He doesn’t know much about Ashlandic culture, but he’s very interested. He was tricked by Lin Sui and Dufftiel and was taught radio gymnastics and eye exercises. He wasn’t angry when he found out the truth later. Instead, he liked it very much and would do it whenever he had the time.

“His flaw is his forgetfulness, which can be exploited. If something distracts him later, he might very well forget what he’s here for. Yes, the premise is that Arbiter of Fate and the others don’t have the chance to remind him.”

As Master Zhuang, Du Heng had controlled the New World for years. He could flip through the operation logs of other Kalendarium and read the thoughts of others, slowly grasping the price of all the Kalendarium.

Du Heng nodded. “He’s also a person who values his freedom very much.”

He looked elsewhere. He wanted to take this opportunity to ‘introduce’ the enemy Kalendaria to Shang Jianyao so that he could fully understand what kind of people the other party was and what kind of price they had paid. This was so they could carry out a targeted attack later.

The door to the corresponding room was already half-open, and it was dark behind it. There was a faint female figure.

Du Heng smiled and said, “Eidolon Nun. From finance, Yu Huatong. Back then, she was a girl with an especially lovely personality, and she was very vigilant when it came to her job. She looked at everyone who came to finance like they were about to file a fake reimbursement.

“Her problem is that she’s overly sensitive emotionally. It’s easy for her to be depressed, sad, angry, and resentful.”

“She helped us a lot,” Shang Jianyao said honestly.

Du Heng spun around and pointed at another room. “Golden Scale. Richard, one of the main researchers of the project. He also had some achievements in genetics.

“He’s the kind of guy with high IQ and low EQ. He hasn’t had a girlfriend despite his age. I once suspected that he had a crush on Dufftiel, but it was never confirmed.

“His price is symmetry OCD. If you want to use it against him, you have to be careful. This is a double-edged sword. If you’re not careful, it will make him completely lose his mind and attack crazily.”

Shang Jianyao looked at the door that had turned golden and symmetrical and asked in confusion, “Why are the characteristics displayed on the door so similar to their titles?”

“The essence of this place is a high-dimensional consciousness space. After addressing themselves that way and having it chanted by their believers for a long time, they subconsciously accepted it, so they naturally manifest it,” Du Heng explained casually.

He then pointed at a room and said, “Mandara. Sylvie. She was an assistant researcher on the project; she mainly did the chores. She’s a very motivated person and was especially hardworking. She hoped to obtain our recognition and become an official researcher as soon as possible.

“Her price is an extreme desire for flattery and admiration. For this, she’s willing to protect those scumbags. Perform well later.”

Du Heng changed directions. “Truth—uh, what’s his name again? He had just entered the research institute back then, and I wasn’t the one who recruited him. I never knew his last name or first name, and later on, he used the title as an alias. There was no need to know.

“I remember that his family background seems to be quite good. He’s quite arrogant and quite a playboy.

“His price is a lack of self-discipline. He will inevitably answer or refute any question you ask.”

At this point in the introduction, he closed his eyes and muttered to himself, “Back then, we got along very well. We were serious at work, lively in private, and very united. We worked hard for the same goal…”

Shang Jianyao saw a glimmer in Du Heng’s eyes when he opened them.

In the vortex-shaped building.

Jiang Baimian spent ‘a little’ time before finally returning to the core research area. At this moment, the flickering lights gave her the feeling that the machines here were about to explode.

She walked step by step to the experiment capsules; she couldn’t be bothered to examine Subhuti’s corpse.

She put down the crate containing the nuclear warhead and opened the transparent cover of another capsule. She then placed Shang Jianyao’s body in and closed the door.

Then, she looked at the buttons on the dashboard.

There were many modes, and one of them was labeled as ‘Deity’s Forbidden Zone.’

Teacher Du Heng is indeed a former gaming youth and a rebellious high school student. He has such character when it comes to naming…?Jiang Baimian cursed as she checked the machine.

She believed that this was most likely named by Du Heng.

The researchers participating in the corresponding projects probably believed that humans would obtain the might of gods after the human brain was developed to its limits. The results of the different stages of the experiments deepened their confidence in this aspect.

Jiang Baimian looked up at the huge silver-black ‘mainframe’ and the surrounding cabinets containing biochips, then looked down at Shang Jianyao in the experiment capsule. Her right hand hovered above the button as if it had frozen there.

After a few seconds, she murmured,?Destroying the New World doesn’t mean that you have to blow up the machine. Can’t you just pull out the wires? Without the protection of the New World, the biochips will stop functioning. Those without bodies will definitely, uh, die on the spot. Their consciousness will dissipate, and those with bodies can take the opportunity to return to the Ashlands…

Jiang Baimian felt that she had to give it a try. She carefully left the laboratory and came to the nearest cable.

She observed the wiring and determined that these weren’t the most important cables. They were perfect for experimentation to prevent the Kalendarium from launching an intense counterattack.

After some thought, she pulled back and resolutely raised her right hand to fire a grenade at the cable.

With an explosion, the cable seemed to have an invisible barrier that blocked all the shrapnel and shockwaves. This scene reminded her of the time she killed the murloc Oracle, but the invisible barrier didn’t budge at all.

She relied on the military exoskeleton to avoid the aftershocks in time.

After getting up again, she thought for a moment and opened her palm.

A red laser shot out and landed on the invisible barrier, producing sizzling sounds, but it couldn’t advance at all.

After trying the electromagnetic weapon to no avail, she turned to the mainframe.

She wanted to see if the button there could be touched.

As she expected, she encountered an invisible barrier before she could approach the mainframe.

Sigh, it looks like the only thing I can touch is the experiment capsules… Perhaps Teacher Du Heng spent a Herculean effort to ‘fight’ for it.?Jiang Baimian’s expression behind the visor turned gloomy.

She returned to the experiment capsule where he was lying.

Looking at the dreaming Shang Jianyao, Jiang Baimian couldn’t make up her mind. However, she also knew that it would only ruin things if she delayed any longer.

Jiang Baimian closed her eyes and only opened them after more than ten seconds. She let out a long sigh and stretched out her right hand, resolutely pressing the ‘Deity’s Forbidden Zone’ button.

Countless patches and needles extended out from different parts of the laboratory cabin and surrounded Shang Jianyao’s head. Other instruments monitored his body’s state.

Jiang Baimian knew that this was already the latest machine. When the Eighth Institute was first established, they had to rely on drilling into the head to carry out further experiments.

The elevator quickly descended and kept stopping. From time to time, people would enter and exit.

Finally, only Long Yuehong and Bai Chen were left. They were about to reach the sixth floor where their destination was.

The two were silent until the elevator door opened.

Long Yuehong walked out and couldn’t help but glance at Bai Chen. “Are you afraid?”

“No.” Bai Chen shook her head. “I’ve been in more desperate situations than this.”

Long Yuehong nodded and didn’t say anything else. A thought surfaced in his mind:?I hope our children won’t encounter similar things in the future and can live a happy and stable life.

With this thought in mind, Long Yuehong and Bai Chen left the stairwell and walked to the radio station.