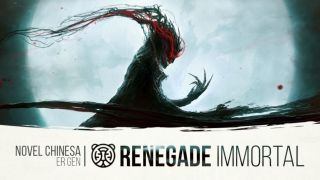 A couple of days later…

Felix had finally made up his mind on the remaining abilities of the hammer…He handed the list to Cyclope and was informed that he would be called when he finished his work.

“By the way, have you decided on the name yet?” Cyclope asked.

“Not yet.” Felix smiled, “I think the name will come to me on its own when the hammer is ready to be wielded by me.”

From his previous experience with the hammer, Felix knew that he wasn’t ready yet to even lift it. Don’t even mention using it as a weapon.

Fortunately, he had an entire century to increase his strength and be worthy of wielding it.

Felix and Candace took off towards the Sunhold city after forging a cubic purplish metal that resembled the Nethersteel in almost all department.

It wasn’t hard to forge it when he had the help of Cyclope’s automatons and all kinds of metals lying around.

Now, Felix just hoped that no one would have entered the treasury in those days.

Because of the short distance between Cyclope’s forge and Sunhold, Candace arrived in no time.

They went straight to the treasury…The moment Felix noticed that his note was untouched, he couldn’t help but sigh in relief.

‘Quickly, let’s place the fake one.’ Felix rushed Candace to open a void rift for him.

Felix took the note and beamed the fake copy on top of the platform, making sure that every corner was exactly the same.

‘It’s perfect.’ Felix commentated as he analyzed the fake copy, ‘Unless they touched the metal, it should be enough to not raise suspicion.’

Not wanting to overstay his welcome, Felix returned inside the void rift and Candace closed it after him.

‘Not yet, let’s check the throne chamber.’ Felix said.

He wanted to remove the last shred of doubt by seeing if the emperor and his officials had any idea about this.

Thankfully, nothing seemed out of the ordinary as they caught emperor Lokhil still forging while being nude and playing that irritating loud music.

Only then was Felix relieved and closed this chapter in his life.

At least for now…

“Welcome back, did you conclude your task without troubles?” Selphie inquired with a charming smile.

“It was alright.” Felix nodded as he stood near Selphie’s room door.

He returned a couple of hours ago and the first thing he did was check on Aegnor.

When he saw that he was hanging out with his cousins in the city, he decided to return to the palace and get some runic training done.

It would be foolish to make a move on Aegnor when he was with a company.

“So, do you want us to recap a little or straight off start with greater spells.” Selphie asked after seeing Felix’s intense desire to kick off their practice.

“You better be at your top concentration.” Selphie warned, “They are at least ten times more complex than lesser spells.”

When the training was over, Felix rejected Selphie’s invitation to drink tea with her and went towards Aegnor’s room…He found out that Aegnor was looking for him when he returned from his stroll in the city.

Felix decided to do him a favor and pay him a personal visit.

The door was opened before Felix could finish the first half of his sentence.

‘Someone is eager to see his maker.’ Asna snickered mockingly after seeing Aegnor’s brightened expression.

“Brother Felix, you really didn’t have to come all the way here. I would have come to your room if you called me!” Aegnor expressed with a friendly tone.

“It’s alright, my friend.” Felix stressed the term friend with a wide smile.

“Then, please come in and consider my room as yours.” Aegnor didn’t bother to read too much on Felix’s tone as he invited him with open arms.

After Felix entered his room, he sat on a red wooden chair in the living room.

Unlike Felix’s room, this one was spacious and decorated glamorously. Still, everything was made out of dead wood and leaves.

“Do you want to drink anything?” Aegnor tried to be as hospitable as possible.

Aegnor went to his kitchen and filled up a wooden bowl from the water container.

While he was gone, Felix hid four anti-surveillance devices around the room. He was quicker and more silent than a ghost.

In a few moments, Aegnor returned to Felix and handed him the water bowl with a look similar to a dog, waiting for his next task.

‘He is really sucking up to you.’ Asna giggled in amusement.

Felix knew that the more he acted like this, the more dangerous the situation.

“So, I heard you were looking for me?” Felix inquired.

“Yes, I was wondering if you are interested in hanging out in the evening.” Aegnor smiled as he displayed two platnuim holographic tickets, “I have great tickets for a promotional game to empyrean rank.”

“I see…Well, I am interested.” Before Aegnor could feel thrilled by his response, Felix added, “But, I am hoping that we can take another person with us?”

“Oh sure, who is it?” Aegnor asked with a curious tone, “Is it Selphie?”

“No, you have never seen him, but you will recognize him instantly.” Felix smiled charmingly before snapping his finger.

The instant the sound resounded in Aegnor’s mind, his pupils were enlarged at the sight of a void rift opening up behind Felix.

Unfortunately for him, he stared into it akin to someone staring at the abyss…

Only in this case, the abyss stared back at him as Nimo’s demonic red eyes opened up right near the entrance.

His pitch-black body was completely submerged in the void realm darkness, making it seem like the void realm was directly looking into Aegnor’s soul…

It wasn’t a farfetched analogy as Aegnor ended up falling into the ground immediately after his eyes came into contact with Nimo’s!

Just like Candace’s reaction, he also curled up like a newborn baby and started shivering in pure horror.

He just felt like he had committed a grave sin by staring into those eyes and that he would be killed in the most heinous possible way!

This sort of feeling or sensation was extremely familiar with him as he had sensed it only once in his life…That was during his birth when he first saw the Paragon of Sins!

No wonder he believed that this must be a dream as he knew that his creator was in a deep slumber.

“Nimo, that should be enough.”

Nimo weakened his terrorizing effect and jumped on Felix’s lap with a gleeful smile. He had his bully facing Felix, clearly asking for a belly rub as a reward.

Felix chuckled and gave him what he wanted…Naturally, he didn’t forget about Aegnor as he waited for him to regain his calm.

He knew that he wouldn’t dare run away or tell anyone about this since his entire mind and body were currently in possession of Nimo!

If Felix wanted, he could even make him commit suicide…That’s how deadly Nimo was to the void race!

“Are you going to be weeping forever?” Felix spoke with an irritated tone, “Get up already and sit on your chair. I don’t have much time to waste on you.”

Too bad, Aegnor turned a deaf ear to Felix’s words as his mind was still too shocked by the whole situation to bother dealing with Felix at the moment.

Understanding what he meant, Nimo glared at Aegnor, forcing him to stand up and sit on the chair against his will.

‘It’s him, it’s really him, I actually schemed against my own god, I am dead, I am so dead…’ Aegnor started having difficulty breathing after he sensed Nimo’s unique evil aura that belonged to no one but the paragon of sins.

He had no idea why he looked like this and why was he allowing a human to treat him in this humiliating manner…All he knew was that his life wasn’t in his hands anymore.

“Listen up, I will be giving you a series of questions and I hope that you answer all of them truthfully. Otherwise…” Felix smiled gently as he picked Nimo’s chubby cute paw and turned them into a fist, “I will make you go through the most agonizing pain you have ever experienced in your life.”

“I will tell you everything.”

Honestly, Felix didn’t even need to use threats as Nimo’s existence was enough for Aegnor to comply with anything he wanted.

“So, are you an imitator or a djin?” Felix asked.

“I see.” Felix rubbed his chin as he added, “Why have you taken this form?”

“I took this elf’s identity hoping to raise to the top of the nine elvish realms and rule over them.”

“There is plenty of competition in other races.”

Felix understood that he implied his own race, knowing that unique void creatures were individualists who looked for their interest first.

So, they wouldn’t help each other if they knew that their end goal was the same.

“You knew that Lady Yggdrasil is the goddess of the elves and the true decision maker, yet, you still decided to come here?” Felix was confused about this.

In the case of other races, most of their primogenitors had their hands off and weren’t even known to the public.

On the other hand, the nine elvish realm had Lady Yggdrasil.

Although most elves had no idea how she looked like, they believed that she was real and listened to all of her orders since they were literally living on her body and enjoying her gifts.

“Mother tree might scare my peers, but I know that she wouldn’t care about my true identity as long as I do my job correctly.” Aegnor answered with a bit of confidence returning to his tone.

If it wasn’t for Selphie, Lady Yggdrasil would have defintely considered Aegnor to be one of the first runners to the throne even if he was a void creature.

She was too old and experienced to worry about a little void creature…Even if he decided to act fresh, she could easily finish him off.

“Now, to the most important question.” Felix narrowed his eyes coldly, “Why are you targeting me all of a sudden?”

“…” Aegnor gulped a mouthful in fear with his head lowered, not answering as instantly as before.

This irritated Felix. “Don’t make me force it out of you.”

“Trust me, it’s not that I don’t want to tell you, it’s that I can’t.” Aegnor mentioned with a pitiful look, “I have made a oath by using my god’s name. If I broke it, I will have my laws stripped from me and banished to the void realm for eternity.”

‘Hmmm, is he being for real?’ Felix raised an eyebrow in surprise.

‘I don’t know if he really made the oath or not, but it’s real.’ Candace confirmed with a stern tone, ‘We never make oaths using the paragon’s name unless it was something significant between us.’

‘This is a problem then.’ Felix frowned.