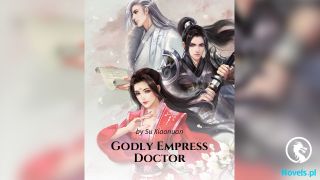 Chapter 1123: League Of Talents, Right To Enter The Uncharted!

Wang Teng was stunned. His gaze turned brighter as he read the content of the message. He was left dumbfounded at the end.

“This involves all the talented martial warriors in the Great Qian Empire!

“You can participate as long as you’re a celestial-stage martial warrior!

“Of course!” Round Ball appeared in front of Wang Teng. It seemed a little excited. “The League Of Talents encompasses the entire Great Qian Empire. Do you know what that means?

“There are multiple galaxies in the Great Qian Empire. Even if there are only one or two talents per galaxy, that’s already a few hundred million.

“What a sight it will be to see so many talents displaying their power on the same stage. This is a great chance! You mustn’t miss it!”

Wang Teng took in a sharp breath of air. Honestly, he was starting to get excited too. His gaze turned intense as he mumbled, “Interesting!”

With so many talents, he would be able to pick numerous attribute bubbles. He was worried that he wasn’t advancing fast enough and then the League Of Talents appeared.

This was a gathering of talents. All types of martial warriors would be present to showcase their skills. He would be able to improve all his Forces. An all-rounded development was the key!

Wang Teng didn’t want to advance to the cosmos stage haphazardly. He wanted to take a special path.

He had an idea when his enlightenment reached the cosmos stage. The brief outline was present, and the details were becoming clearer. He just needed to put it into action.

“Hey, your gaze seems a little strange,” Round Ball looked at him and commented uncontrollably.

“Really?” Wang Teng coughed awkwardly. He changed the topic and said, “Don’t care about these useless things. Quick, tell me about this competition.”

Round Ball’s attention was brought back to the League Of Talents quickly.

“The League Of Talents is held every 3000 years, with numerous celestial-stage martial warriors participating in this competition.

“These talents normally roam around the universe to enhance their cultivation, so it’s hard to find them normally.

“In summary, be it talent, enlightenment, or hard work, they’re among the top.”

“How am I compared to them?” Wang Teng asked.

“You’re strong, but you’re still some distance away from a real universe talent,” Round Ball contemplated before replying.

He wasn’t praising himself. He was just stating the truth and using it to judge the abilities of other universe talents.

“Yes, a real universe talent can do it.” Round Ball nodded its head firmly. “Do you know the different grades of talents in the universe?”

Wang Teng went into deep thought. He could tell that the grades were based on different territories.

This was a scary concept!

The population of high-tier universe civilizations was huge. It was extremely difficult to emerge above everyone.

“They’re just like you. You might not have the ability to fight equally with someone more powerful, but you have an ultimate move.

“There are many restrictions for these moves. One can’t execute them recklessly. Even if they do it forcefully, it will be a great burden to their bodies. No one will use it unless absolutely needed.

“Those that become the disciples of the universe-stage or eternal-stage martial warriors are taught these moves to save themselves. These are secret moves created by the big shots. How weak can they be?”

“This is great!” Wang Teng’s eyes lit up.

“… What the hell?!” Round Ball was startled.

It wanted to douse Wang Teng’s arrogance so that he wouldn’t look down on these universe talents. To it, Wang Teng was still a native who had just stepped out of Earth. He didn’t understand how powerful a universe talent was.

The ones he met were just ordinary martial warriors.

But looking at him, he seemed quite excited. What was he thinking?

“Shouldn’t I be happy to fight with all these talents?” Wang Teng asked.

“Yes, you should.” Round Ball nodded in a daze. Then, it asked carefully, “Don’t you have any other thoughts after knowing that there are so many talents like you?”

“What thoughts?” Wang Teng looked at it strangely.

“Aren’t you afraid of losing?” Round Ball stared at him.

“What’s so scary about losing? Haven’t you heard that failure is the mother of success? Failing a few times is good for success,” Wang Teng replied calmly.

What do you mean by failure is the mother of success?

Why don’t you say that it’s the father of success?

It felt that it always lost to Wang Teng. Every time it wanted to stimulate him, it would receive a punch instead.

“Since any celestial-stage martial warrior can participate, this means that old people can join in too, right?” Wang Teng asked in surprise.

“In the universe, celestial-stage martial warriors a few hundred years old aren’t considered old. Also, some talents have their own considerations. Some want to build a strong foundation while others want to walk a different path… Either way, they have their own plans for not advancing to the cosmos stage.

“As for those that can’t advance even after reaching old age, it’s useless for them to go anyway. Their enlightenment is too low; they have no chance of winning,” Round Ball explained.

“You’re too young. If you cultivate for another ten years, I dare to say that you will be one of the top ten talents of the Great Qian Empire,” Round Ball said with pity.

“Another ten years? Top ten?” Wang Teng shook his head. He didn’t know if he should laugh or cry.

If that were true, his bug would be useless. The system would slap him to death and change the host.

“I’m not lying. You’ll know once you start fighting with them,” Round Ball said.

Some things couldn’t be explained. There was no point fighting over such a small matter.

“Heh, there are rewards for this competition too,” Wang Teng exclaimed in surprise as he saw the end of the notification.

“What’s strange about that? There will obviously be rewards since it’s a competition. If not, who would participate?”

“The top 1000 can get 300 billion to a trillion UC and there are weapons, battle armor, dans, and many more items to be won. How extravagant. Not only that, the top ten will have the right to enter the Uncharted.”

Wang Teng was stunned. As he read the message, he realized something. “What’s Uncharted? Is it a small world?”

“It’s not a small world, but it’s similar.” Round Ball shook its head. “The Uncharted is a natural hyperspace in the universe. It’s a special place and might possess numerous treasures. There might be unexpected gains too.

“Someone once received the origin of the universe from Uncharted and used it to advance to the cosmos stage. He became ten or more times more powerful than an ordinary cosmos-stage martial warrior. After that, he managed to reach the eternal stage smoothly.”

“The origin of the universe!” Wang Teng was stunned. He frowned and asked, “Isn’t that the power a universe-stage martial warrior grasps after reaching that stage?”

“You’re wrong. A universe-stage martial warrior grasps the power of the rule of the origin. It’s an enlightenment while the origin of the universe is an instantiation. It’s different.”

“Is it?” Wang Teng was in deep thought.

“So, Uncharted is the most precious reward. It will be great if you can get it. Unfortunately, getting into the top ten is too difficult!” Round Ball shook its head.

“How will you know without trying?” Wang Teng smiled. “A man can’t say he can’t do it.”

“You can give it a shot. I look forward to your performance.” Round Ball sniggered.

Wang Teng also smiled. He was already thinking about how to get more benefits out of the League Of Talents.

“The League Of Talents will commence in half a year. You should prepare for it.” Round Ball disappeared after it finished speaking.

Half a year? It looks like I need to raise my ability. It’ll be embarrassing if I lose terribly.?Wang Teng felt a sense of urgency when he recalled how Round Ball described the participating talents.

Greater ability meant more attribute bubbles. He wouldn’t be able to get the bubbles if he wasn’t powerful enough. He would get trampled instead.

When Wang Teng received the news, all the celestial-stage martial warriors in the Great Qian Empire received it too.

The entire empire was excited!

The once-in-a-3000-year League Of Talents was back!

This was definitely a grand occasion for the Great Qian Empire. Numerous talents would start gathering, and the splendor of the occasion would surpass anything heretofore seen.

The rewards were attractive too. Besides the large pool of monetary rewards, there were all kinds of weapons and battle armor well-liked by everyone, much less the right to enter Uncharted.

Many people looked in the direction of a planet in the Great Qian Empire.

That was where the League Of Talents would be held—Battle Planet!

This was a giant, dangerous, and terrifying planet.