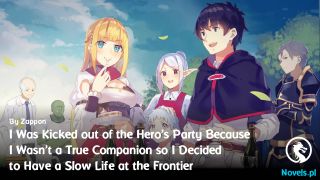 Among the many boosts that the elevation of the Sanguine Emperor to TABOO brought, a few were astounding as they also reserved their own recognition.

[The Maximum number of True Sanguine Clones has been raised to 10.]

[The ability of Cosmic Lineage is further strengthened as the Unnamed Kainos Emperor Bloodline is passed down to your Lineage as the Lineage Kainos Emperor, carrying a portion of your abilities and will.]

True Sanguine Clones raised to a ridiculous number of 10, and those of Noah's Blood getting a definitive Bloodline termed the Lineage Kainos Emperor Bloodline!

This showed itself splendorous as within Noah's mind, a flash of light bloomed at it showed a vision of something occurring far away through the eyes of none other than a Blue Slime.

It was a scene of battle and carnage as one side had vibrant existences who had released incandescent Destiny Reality Passages that were suffused with golden light, and the other side was a mess of battles where Golden Dwarven Kings and Emperors could be seen fighting viruses Blight Serpent Dragons and Primordial Beasts with shocking vessels and armaments that glowed with utmost splendor.

Rivers of golden blood were permeating throughout as deathly shattered stellar bodies could be seen all around.

It was an already bloody battle as at the center of it all, a single Draconic Elephantine Beast was roaring out with power while being chased by multiple Eighth Firmament Primordial Beasts, its elephantine limbs releasing a devouring light that actually forcefully pulled upon the bodies of Primordial Beasts to fuse onto into own body!

The eyes of this beast were cold as they lit up when they saw the newly arriving party that actually had a small child in the lead, this child being Little Henry as his party was just about to join the battle! A childish face filled with astounding regality and royalty showed itself before everyone's eyes as just when this face hardened and he prepared to give a command…

The small figure of Little Henry exploded out with horrifying power that raged across the whole area for many light years- a power that stemmed from his blood that caused all other Bloodlines nearby tremble fearfully!

The mere visage of the Lineage Kainos Emperor was astounding against weaker Bloodlines as Noah saw his son utterly change the pace of the ongoing battle with his mere presence, everything coming to a halt as enemies from the Ninth Firmament to the Seventh Firmament were forced to stop and gaze towards him in shock.

Little Henry himself had a helpless look as he shook his head, barely controlling the surging essence within him as the Commanders of Primordial Beasts, Blight Serpent Dragons, and the Golden Dwarfs all turned towards him and his party.

Many were solemn as the prideful figure of the Matriarch of the Blight Serpent Dragons was the one to speak out in disbelief!

With a light of shock, the figure of Belladonna at the helm of commanding Blight Serpent Dragons asked as she looked at the visage of this small child.

"What…what are you!? What force do you come from?!"

Little Henry's body was erupting with a heavy pressure of blood as gold and crimson lights surged around him, replying lightly as he raised his hand…

"I…am the son of the Emperor you placed on the Primordial Blacklist."

His hand descended as it pressed down a shocking authority that even caused the hearts of the Ninth Firmament Primordial Beasts to tremble, Little Henry beginning to explore and utilize the newly gained authority of the Lineage Kainos Emperor!

The flash of light within Noah's mind faded as he let this scene play out, simply affirming his son was doing well as he continued with his matters in the Cosmic Holy Land.

Noah's eyes shone with an astounding light of pride and happiness as the will of Lavalliere looked at this scene and couldn't help but add in.

[I was surprised seeing you only having a single progeny. If you put in more effort and find unique women with Mythical Natural Born Physiques or many other special Physiques, you can even gain something from consummating with them and sow Seeds of Destiny by having many progeny across Realities and Dimensions…]

Lavalliere spoke of dangerous things as she abruptly stopped there, Noah's stellar red sea bubbling with power as he replied sharply.

"You want to help me find such women?"

[Sure, .5 Uses. And I'll even be there to cheer you on if you have any problems.]

This terrifying treasure replied freely as it nearly caused Noah to sigh, bringing his focus back to the ending prompts of the boons of TABOO as he saw the progression of his Origin.

His stellar crimson sea was still expanding and becoming filled with even more stellar bodies, with bursts of golden and crimson clouds beginning to form all around the Cosmic Holy Land as it showed something grand was coming!

With genuine Seeds of Reality turned into liquified masses of stellar essence, Noah's forging of Royal Cosmos was easy as they rose by tens of billions every few seconds.

The 50 billion barrier that didn't even give his Vassals a problem at the Eighth Firmament due to their Reality Passages gave him even fewer problems as the raging force of the Kainos Primordial Mesenchymal Cells, Unanimity of the Parsimonious Emperor, and the raging essence of Seeds of Reality themselves burst open this restriction instantly!

The greatest ordeal of 100 Billion would soon come as Noah prepared.

He was ready to unleash [Sanguine Adequation] to pair it up with all the others to instantly break apart this Limitation as he saw for himself just what would occur when he exceeded this aspect of Existence!

Radiant crimson gold light weaved as billions of Royal Cosmos were formed, Noah feeling his base True Reality Damage Values Defense Values continue to rise as he had to re-optimize to see exactly where he was at after all this because even as all this occurred- the surroundings still held the spinning storm of pristine white sand as his Infinite Dream Physique was still undergoing its first Cycle of refinement.

The Throne of Arcadian Tyranny was still burning Edicts as his Primogenial Soul was also further getting refined!

And now…his Origin was proceeding forward as Noah was refining and strengthening all of his Three Aspects of Existence!

At this time, his mass of a crimson stellar red sea released a blinding radiant light as it stopped expanding.

Noah's will coldly gazed within him as he saw the magisterial scene of 100 Billion Cosmos swirling with a sense of wonder and disorder.

They had no order as they weren't given a method of operation through a Runic Ecriture of Modus Operandi!

They could proceed no further as they had reached an 'Absolute' limit, and due to how robust and ridiculous the foundation of the one holding this Origin was…it even showed signs of wanting to rotate by itself to begin the workings of a Reality!

His very Origin was tugging on Noah's soul and wishing for his knowledge of the Azure Treasure Emperor's Runic Ecriture of Modus Operandi to be put to use- for him to utilize this method of rotating one's Origin to form his Passages and allow it to advance forward.

His Body and Soul were more than ready as the latter had even already entered the Primogenial Strata- all three aspects of his existence dancing and pulsing with light as they already felt like they had done more than enough and could resonate to under complete rebirth and become a LEGEND!

Yet the will of the Unnamed Kainos Emperor surged out.

His three Aspects of Existence quaked as they were forcefully silenced.

They didn't cry out for methods of a Runic Ecriture of Modus Operandi to be put to use, nor did they express the signs that they were ready to advance!

The will of the Unnamed Kainos Emperor showed its tyranny as even the Aspects of Existences were reigned in, with the voice coming out soon after to do what it intended.

The target was the Origin as the glass ceiling stopping its advancement past 100 Billion…the raging will of the Unnamed Kainos Emperor went on to attack it with boundless majesty!

Who decided one had to stop at 100 Billion Cosmos?

Who decided the Unnamed Kainos Emperor had to follow a path laid down across the Ages that the masses followed?!