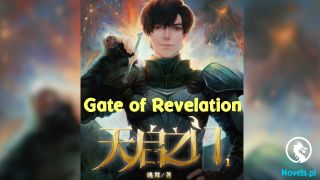 It took a long time for Wise Star Order to calm down. Or, more accurately, for him to stop writhing under the torture the necklace put him through to force him to calm down.

Even after he was heaving for breath for a reason beyond his anger, it still didn't seem to have faded.

For as long as he could remember, Wise Star Order had always hated stupid people. This was why his 'last life' was among the hardest to pull off, because he actually had to be nice to idiots. It was a torturous hell all to its own.

After his centuries of sacrifice didn't pan out like he wanted, he had reverted to his old self. No, he was even worse. If he hadn't been restrained, he might have really killed Leonel even if it meant never getting the answers he wanted.

"Do you have any idea how important your Nodes are to the foundation of your strength? How is it that you've even survived this long?!"

"Well, I have a pretty special magic system backing me. Thanks to my Mage Core, using atmospheric Force is pretty easy. So, ignoring my Nodes has always been pretty easy."

Leonel's Mage Core had blossomed into an enormous tree by this point in his Ethereal Glabella. It was covered in the same five colored leaves that had made up the original, but now there was a sixth slowly germinating an rooting itself. It had a radiant blue color and was sometimes misty, sometimes icy, and other times as free flowing as water.

From the very beginning, the Mage Core represented the true state of Camelot's magic. With it, Leonel didn't need a Spiritual Medium like a wand or a staff to use magic. As such, ignoring his own Nodes had been exceptionally easy.

Wise Star Order paused. He had been in Leonel's Ethereal Glabella before. Of course, he had been distracted by the Seven Stars, but there was no way he'd miss the Mage Core, especially after he had hidden the second half of his soul away.

Leonel's mother had a lot of new things he could learn about the Mage Core in the techniques she had left behind for him. But, he had yet to get to them just yet.

"… Do you have any idea what you've been doing to yourself?"

Leonel laughed. "Why don't you just explain instead of tiptoeing around everything so you can have more chances to call me an idiot?"

Leonel shook his head. "You think I don't realize this is a problem? But what do you want me to do about it? The Innate Node Myghell took out of him was the size of a thumb nail. Mine is the size of a fist. Do you not understand my dilemma here?"

"It's. The. Size. Of. A. Fist. It's taken over my whole right kidney. If I don't restrict my Nodes, all of my blood would flow through it. If that happens, I'll literally burn from the inside out. You wouldn't even have a chance at taking over my body anymore at that point."

An Innate Node the Size of a Fist? That was completely unheard of.

To put this matter into perspective, the fact Leonel had formed his regular Nodes out of 100 cells already placed him at the pinnacle of geniuses. What made Innate Nodes so special aside from the power of Force they held was the fact they were so large to begin with.

Wise Star Order couldn't even begin to wrap his head around what the hell a Node the size of a fist represented. In fact, his head felt light and he didn't even want to argue anymore.

Leonel just gave Wise Star Order a casual explanation. He had felt like the only way to reach 100% compatibility with his Nodes was to form 10. It was the only way to ensure that he got both his kidneys as that everything would be balanced.

After listening, Wise Star Order fell into deep silence. Leonel could feel him calculating something, though he felt that his tools were more lacking than his were to do so? Was this how 'normal' people thought? It seemed… slow and inefficient.

Though, that conclusion was only considering Wise Star Order's raw soul strength. He still computed things faster than Leonel overall, he was just wasting his max potential. But, that could only be expected considering he didn't have Leonel's ability nor the higher level Dream Force.

By the time Wise Star Order had spoke, Leonel was already on his last container of food, the satisfaction he felt not wavering in the slightest.

"It should be a series of compounding factors. Trying to form both Nodes at the same time. Your father's concoctions. The fact that the locations you chose happened to mirror each other perfectly. The fact that one of those locations happened to be the exact location our Node had been birthed into in the first place… The fact you were actually stupid enough to try…

"You really are a lucky bastard to be alive right now."

Leonel raised an eyebrow. "There's something you're still not telling me."

"It's not that I'm not telling you, it's that it's far above your paygrade. Why do you think there's a hard cap at Nine Nodes? What's regulating the limits? What's stopping people from forming 10, 11, 12, 50, even?

"You basically stole energy from the Regulator of the Dimensional Verse and used it to do something that should have been impossible."